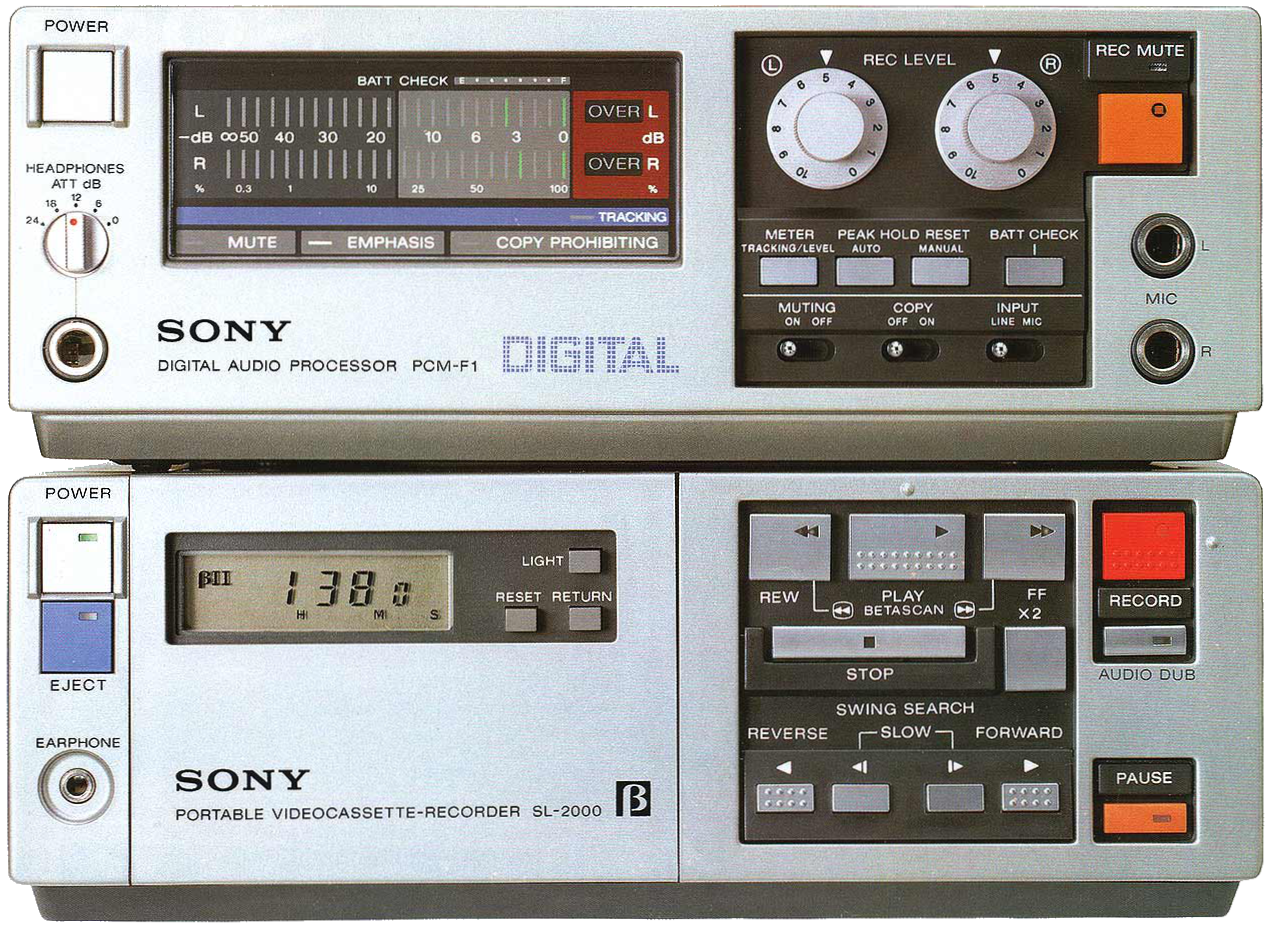 The PCM-F1 was a digital audio processor released by Sony in 1981. It encodes audio from analogue to digital, and decodes it back from digital to analogue. By connecting it to a videotape recorder, such as Sony's matching SL-F1 Betamax recorder, you can digitally record audio and play it back. And while you're at it, a TT-F1 radio would complete the rather stylish set.

Recording at a 14-bit sample resolution might well be the smarter choice, as the leftover bits are used to add error correction, in case there are any dropouts on the videotape.[5]

It's now very much obsolete — even my Edirol R-09 can do much the same thing using handy SD cards, and it's far more portable, even with its built-in pair of microphones — but it's pretty historic as using the exact same sample rate and resolution that would later be used by CDs... and for a consumer looking to record in that format, it was basically the only option.