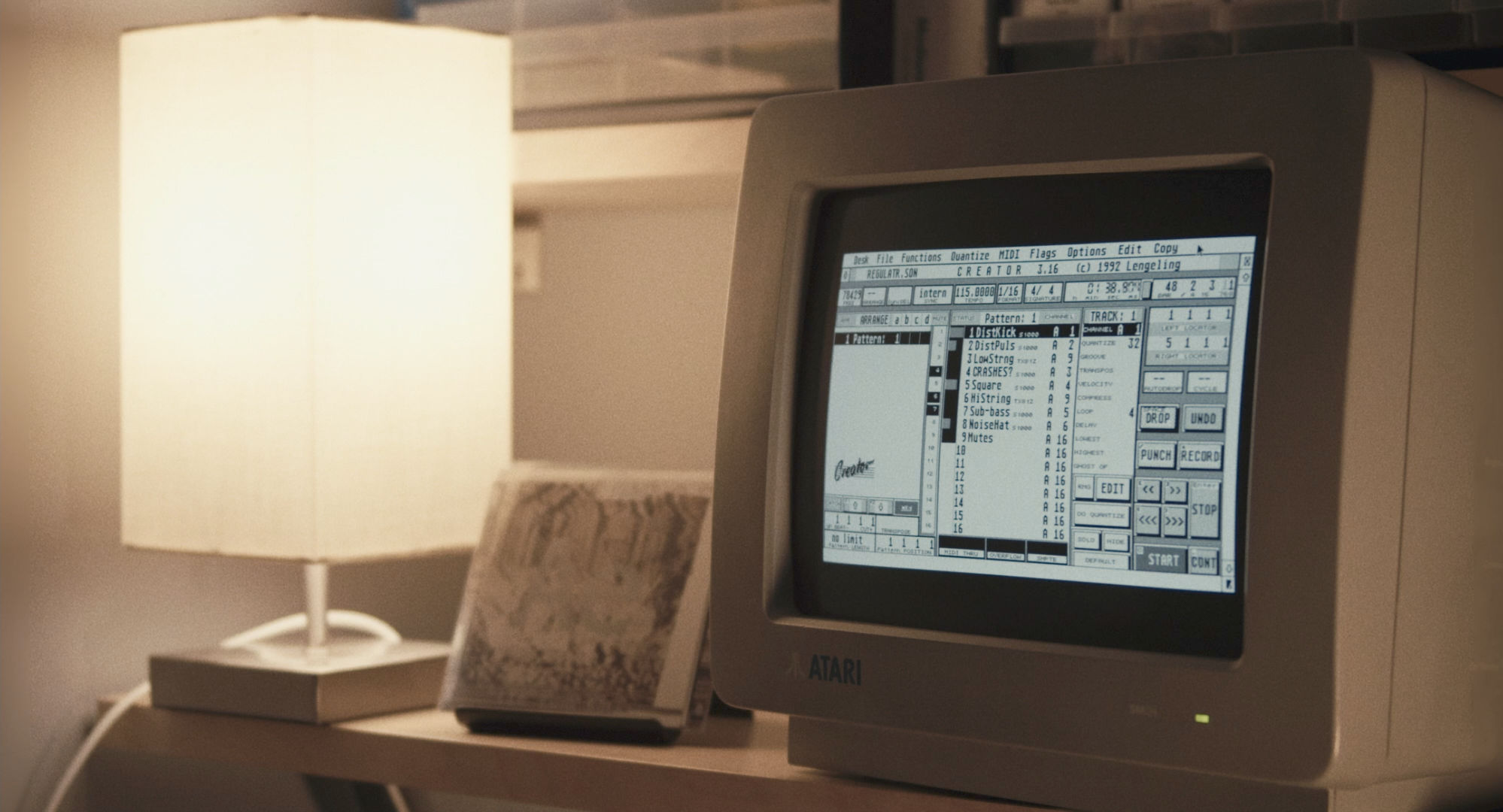 Most sequencers (and, later, DAWs) are based on the concept of tape, emphasising how music consists of several tracks that store sequences of notes. In contrast, Creator is based on digital step sequencers, emphasising how music can be divided into discrete patterns, each consisting of several tracks that store sequences of notes, allowing the user to switch back and forth between patterns, and loop tracks within patterns to build up polymetres. It's arguably an approach more from the point of view of an electronics engineer than a traditional musician, and it lends itself particularly well to repetitive electronic music.

This looped-pattern-based workflow seems to have largely been forgotten since the introduction of rival Cubase, which took the more traditional linear tape style approach and split it into handy clips in its arrangement screen. Eventually, these two workflows were reconciled in Ableton Live.

Starting from version 2.0, Notator was a variaton of Creator with an additional section for displaying, tweaking, and printing out the notation on a musical stave. Given the intricacies of musical notation, this required a second programmer, Chris Adam, who had previously helped Langeling turn SuperTrack into ScoreTrack, on the Commodore 64.

I particularly like the real-time track parameter editing on C-LAB; being able to change things like delay, velocity and transposition in real time is, I think, the main reason why C-LAB gets used so much for dance music.

I think [Creator] helps speed things up, actually. I can access stuff quicker than on my [Kawai] Q80, and I can put more information in it, also. I think Notator makes things simpler for me. Maybe it's just my imagination, but I feel like I get more done than I did working with the Q80. I think that sometimes the way I arrange things on Notator is a lot quicker. I used to find myself doing a lot of cutting and pasting with the Q80, which was a tedious process. It's a lot quicker on the Atari.

In the past when I've done stuff in the studio, I've just run it all the way through and then done my mutes on the desk when I was mixing it. But now I use Notator's arrange mode to arrange where I want certain things to come in and out on the computer. It gives me the flexibility to do that, and it saves me time 'cos sometimes I may forget that I wanted something to be muted at a certain point, so now I just do it within the arrange mode.

We've also been going into a live mute situation on Creator, and recording all the mutes, 'cos that can give you a really weird structure. It can get quite messy, but it has something to offer. You might have written a hi-hat pattern which is quite continuous, and you can just drop-mute it at weird points, which gives it quite a scatty feel, so things are always different through the track.

I think I might change from C-LAB to Cubase, now. The thing I didn't like was having to go up into a menu to transpose - you know, transpose... how many?... OK... and if you didn't like it, go back up, do it all again - whereas C-LAB always had that little block on the side. But the new version of Cubase has that little block on the other side, so there's nothing to stop us, really.

Cubase is much better for arranging: you can get an overall picture so much easier. They tried, with C-LAB, with that block arrangement, but I do like to be able to see an overview.

By next year, they seemed to change their mind:

We've used it ever since we had a computer, which is about four years. I've always wanted to try Cubase with its arrange window, 'cos that's how you tend to visualise music — left to right and linear — but now I'm not so sure, because I know this system so well.

It looks like track transposition was a dealbreaker for Orbital. Their music has a lot of parts that are always playing major thirds, so it seems likely that those consist of one track ghosting another in Creator, set to four semitones above it. This was probably much easier than playing major thirds manually, and quicker than carefully detuning a second oscillator.

Cubase is a song man's program, and we're not song people at all. A lot of the tracks we do are very loop-orientated, and Creator is designed to be used by people who like working in loops. So we started using that and it was just like using a drum machine, which we were well into — using the R-8 as a sequencer gave us our first lesson in Creator, almost.