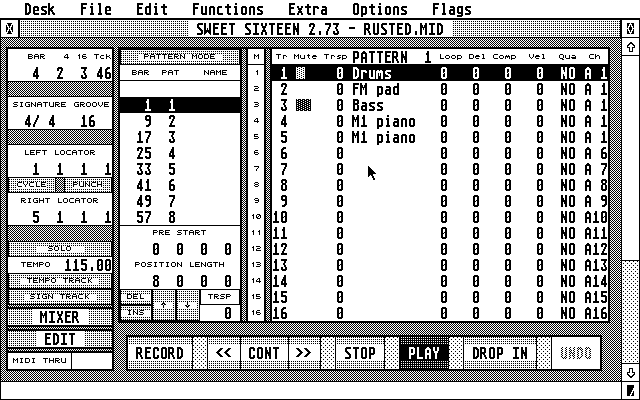 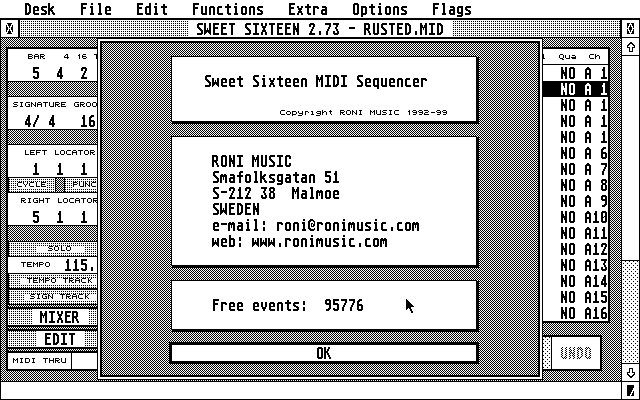 Sweet Sixteen was a MIDI sequencer for the Atari 520ST. It's essentially a clone of Creator, streamlined to have only the features most people use most of the time. As a result, it's pretty elegant, and even fits into an Atari 520ST's 512 KB of RAM, half the whopping megabyte required by Creator (and, for that matter, Cubase). It's also now freeware, and unlike those two titans, doesn't require a dongle, making it a more accessable choice.

If you've ever used Creator, the vast majority of Sweet Sixteen's interface should be familiar to you, including its keyboard shortcuts. The differences make sense, and are pretty straightforward.

If you haven't used Creator, you might want to read my guide, and see how much also applies to Sweet Sixteen, which is almost all of it. It seems scarcely worth writing a separate guide, as for the purposes of most musicians, the differences between the two are minimal. 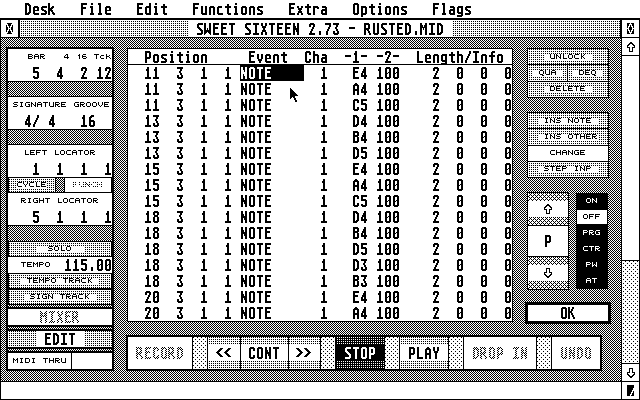 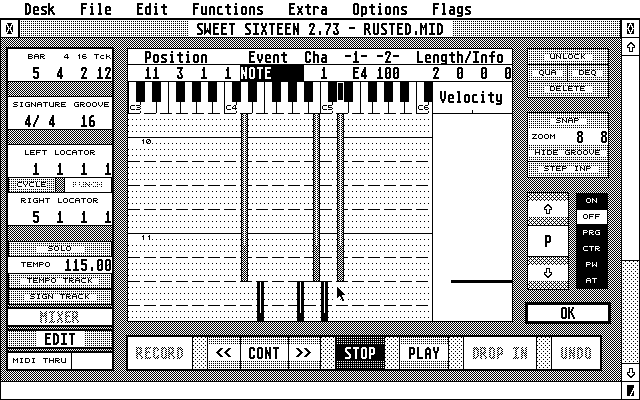 In short, this is a streamlined clone of Creator, and if you're happy to create within slightly narrower constraints (such as seemingly only being able to mute and unmute tracks at the end of the bar as pattern attributes, not mid-bar as pseudo MIDI events), this is a wonderful MIDI sequencer. It's more than good enough to make multiple albums' worth of music on, and like Creator, it lets you layer tracks up fast. 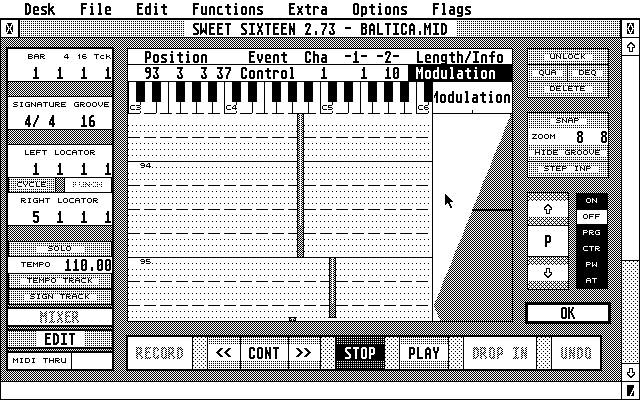 Editing a part with modulation

I recommend it, as it encourages a good workflow, without getting in the way. But that's assuming you like Creator's looped-pattern-based philosophy, which personally I do. In my limited experience so far, I think Sweet Sixteen is the most underrated MIDI sequencer I've used. Answering no-one in particular's request of "give me just the bits of Creator that I'll actually use, for a sixth the cost, and make it run on the cheaper ST!" really should have made it far more popular than it was.