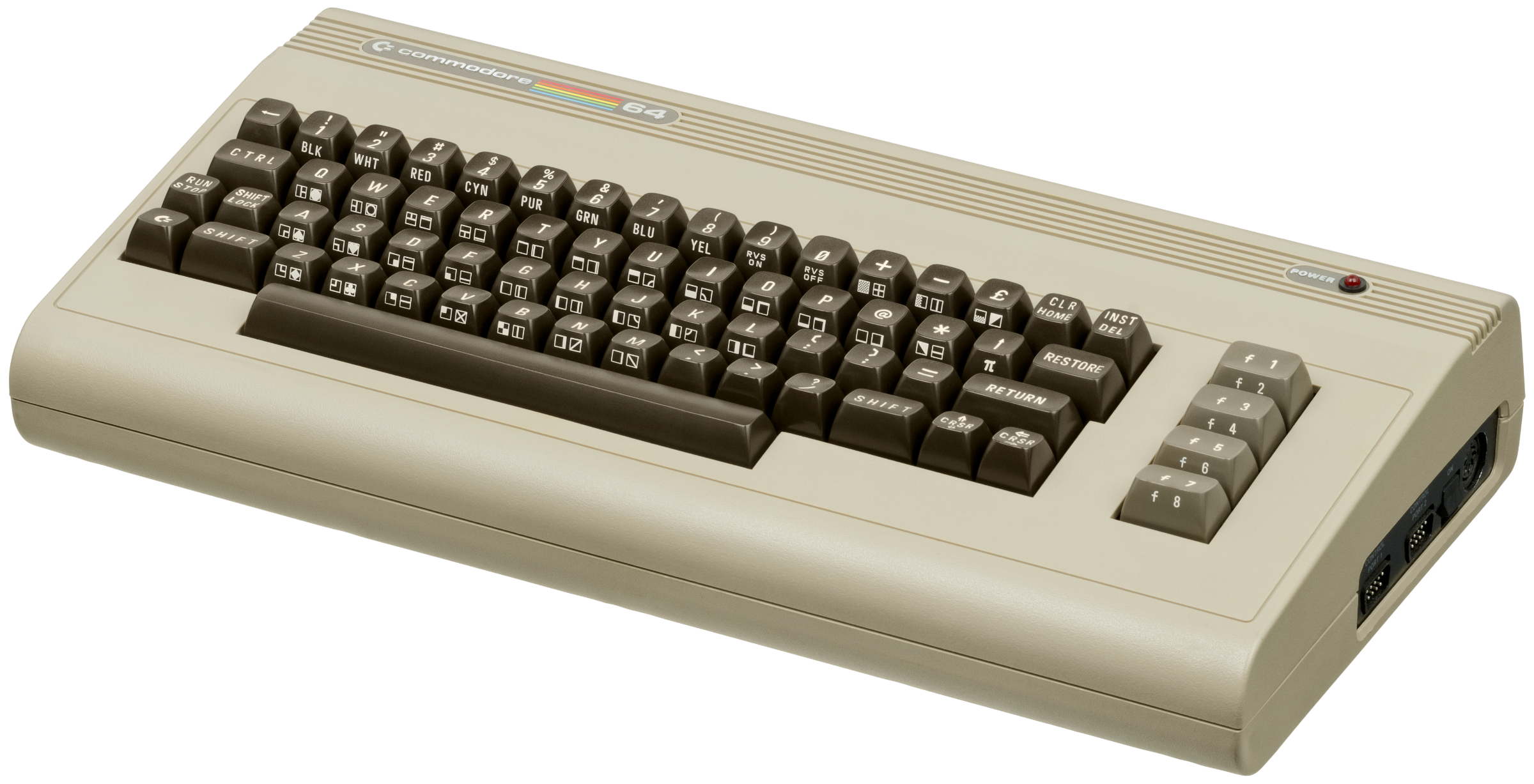 I program my home computer, beam myself into the future

Home computers were a very specific type of computer popular in the 1980s and early 1990s.

With the invention of the microprocessor, computers shrank enough to fit on a desk. They were embraced by hobbyist programmers and people who simply wanted to play games, both of whom were often children.

There was a general trend with home computers that each model would be produced for a good few years, without any changes being made that would affect its compatability with existing software, making each model standardised and interchangeable with its subsequent revisions. If you bought a Commodore 64 in the early 1980s, then replaced it with a Commodore 64C in the early 1990s, everything would still work exactly the same, as if nothing had changed. With no internal storage, you didn't even have to copy across any data.

There was also a general trend with their appearance: although they all had their own distinct style, every home computer had its CPU and RAM neatly tucked away behind its built-in keyboard. They were silent, and the only cabling clutter strewn across the desk would be for the TV or monitor, the tape or disk drive, and later a mouse.

This was all in stark contrast to the prohibitively expensive IBM compatible personal computers, which were big and bulky, had loud fans and detached keyboards, and were modular, letting you pick any combination of CPU speed, RAM size, and assorted other sundries, just so long as you were comfortable getting well acquainted with adjusting IRQ and DMA numbers in the settings.

There were two brief eras of home computer, in quick succession: the 8-bit variety, which booted up straight into a BASIC interpreter ready for you to start programming your latest creation to save to tape; and the 16- and 32-bit variety, which had a graphical user interface controlled with a mouse, and a built-in 3.5" floppy disk drive. In the UK, the former era essentially consisted of the Commodore 64 and Sinclair ZX Spectrum, which by the latter era gave way to the Commodore Amiga and Atari ST.

The closest twenty-first century parallel is the Raspberry Pi, which is even more affordable and compact, and also has the common decency to come with a programming language or two.

Foreseeing the market for affordable personal computers, Sinclair decided that what people would want to do with them was to learn programming. The ZX81, marketed in the United States as the Timex 1000, cost less than the equivalent of a hundred dollars, but required the user to key in programs, tapping away on that little motel keyboard-sticker. This had resulted both in the short market-life of the product and, in Voytek's opinion, twenty years on, in the relative preponderance of skilled programmers in the United Kingdom.