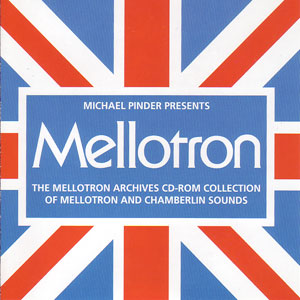 It seems that as much as we claim otherwise, we often like low fidelity media, especially the artists amongst us.

When the Mellotron came out in the 1960s, and the Orchestron in the 1970s, they sounded amazing because they could recreate the sounds of many different instruments at the mere touch of a keyboard. In the 1980s, digital samplers made these old mechanical devices obsolete in terms of realism, but they're still highly sought after machines.

They're not valued because they reproduce other instruments well. They're valued precisely because they don't sound like the instruments they're emulating. They have a character all of their own. It's their unstable tuning and analogue grit that make them so desirable. In amongst high fidelity sample CDs directly sampling various instruments, you'd find faithful reproductions of the trons, perfect digital recreations of these imperfect analogue recreations. Samples of samples.

Even the digital samplers themselves are subject to this principle. They eventually surpassed CDs in terms of fidelity, but many musicians still use old 12-bit and 8-bit samplers because they have a "crunchy, grainy quality" to them.

Then there's the technology to play the finished music. Vinyl still has supporters, in part because of its warm sound. This warm sound isn't in the original recording, hence detracts from the ideal playback, but it is nonetheless pleasing to the ear.

Visual media have a direct analogue, so to speak: film has grain, halation, and an imperfect colour response; whereas videotape has a litany of issues that people can be nostalgic for.

It seems that what's objectively, scientifically high fidelity and what subjectively looks and sounds good are seldom the same. In other words, we like things that are imperfect. We don't like tape, vinyl, or film because they're high quality. We specifically like them because they're low quality, imparting their own character. Now that everyone can have digital perfection, we're starting to appreciate the value of imperfection.

I'll tell you something that is a real crazy rule: there seems to be a battle between the equipment manufacturers, who want to make things better, and the kids on the street who buy the records. The kids want dirty sounds, the manufacturers want clean sounds. The kids grow up and want to be musicians, so they go out and buy the equipment and all it will do is ultra high-quality digital sounds. It stretches right back to kids in the Bronx who started off the whole thing with grotty equipment.

We want dirty sounds and that's one of the reasons we sample. We can't even buy a snare drum and recreate the old sounds because everything's too clean - they'll end up sounding like the R-8. I love the sounds on the R-8, but I play them to some of my rappers and they think they're terrible — they want to hear a snare from 400 years ago played through a cassette. What the hell is all this technology for? The whole point of having samples is for the people who want to hear those old sounds.

A lot of the noises we get, we record them onto cassette first so that it's worse quality. Then we sample them off the cassette. Like, we'll distort the sound so that it's a bad sample, but it just sounds good 'cos it's bad!

Everything was originally mastered on standard tape on a hi-fi cassette deck... With the first track, the tape had chewed in about seven places... It's a retrospective look, and the tape munching was all part of the stuff I was doing, so I've left it in.

Any time I've been faced with "Let's try miking up the drums," well, you put a mike up close, you put another one here, three hundred mikes, gates, bullshit, overheads, bring 'em up and listen to it, and it doesn't sound at all like it did in the room. It sounds like a "record-sounding drum kit." It doesn't sound like being in the room with live ringy drums. You read these interviews where producers will say "It sounds like you're in the room with the band." No it doesn't.

Noise doesn't bother me at all. A little bit of background noise creates such a nice atmosphere. There are a bunch of songs on the record where you can hear some SMPTE bleeding through, or you can hear the noise of the room in which the guitar was recorded, for example. I hate sterile recordings. Life is messy and there's no reason why recording shouldn't be.

Don't panic with all that noise. Noise just reminds me of the ocean, so it's a good thing.

Filmmaking essays: A brief history of 35 mm movie aspect ratios in the US | Fidelity