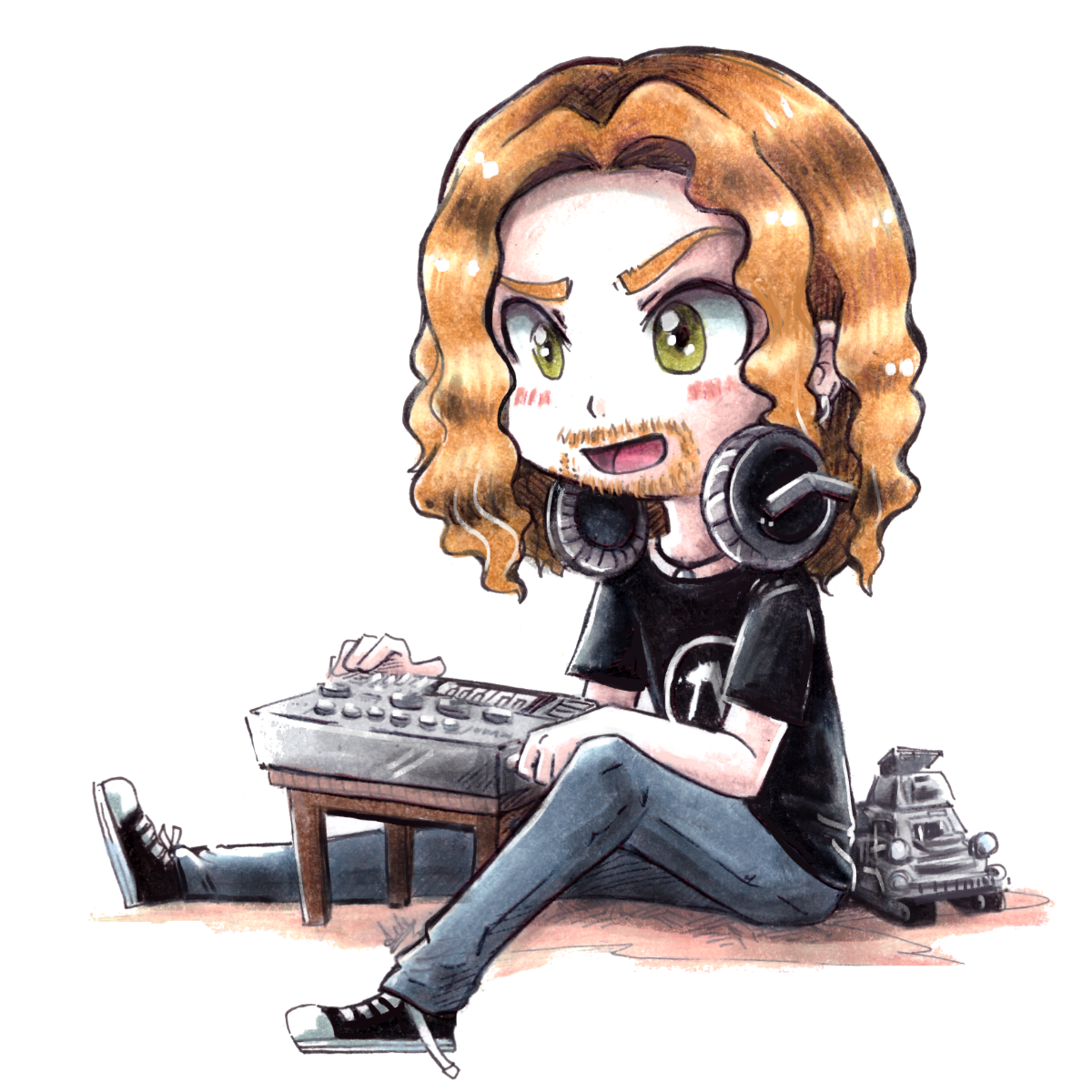 Aphex Twin makes abrasive industrial music, and beautiful ambient music. He rarely makes anything in between, more often juxtaposing these extremes together. As with fellow Warp Records act Autechre, his music's unique.

...I didn't have any money. If I wanted to get anything different, I had to change what I had or make something. Through customising the stuff, I got a working knowledge of the keyboards and the circuitry... I realised that making the stuff and coming up with sounds that no-one else could was my main asset, so I decided to keep working on it.

I don't want to use a sound I've used before. There's an infinite number of sounds in the world, and it's a waste to use the same sound twice.

It's something that I've always liked. I like mixing complex things with simple things, so the complex things don't get too avant-garde and way out... To do really complicated things is just a matter of time, how much time you spend doing it, and you know you can produce it if you spend enough time, something that's going to be complicated — the challenge comes from making it like really accessible at the same time; so I like to mix something simple, or deceptively simple, with it.

I just try and make things as personal as possible. I don't make music that won't do something to me in some shape or form, otherwise it's a waste of time. It's got to affect me in some way when I listen back to it, or when I'm making it, and that's the only underlying requirement of any track I do, for me... If there's no emotion in it, it's rubbish, it just becomes a technical exercise.

Additions circa ...I Care Because You Do