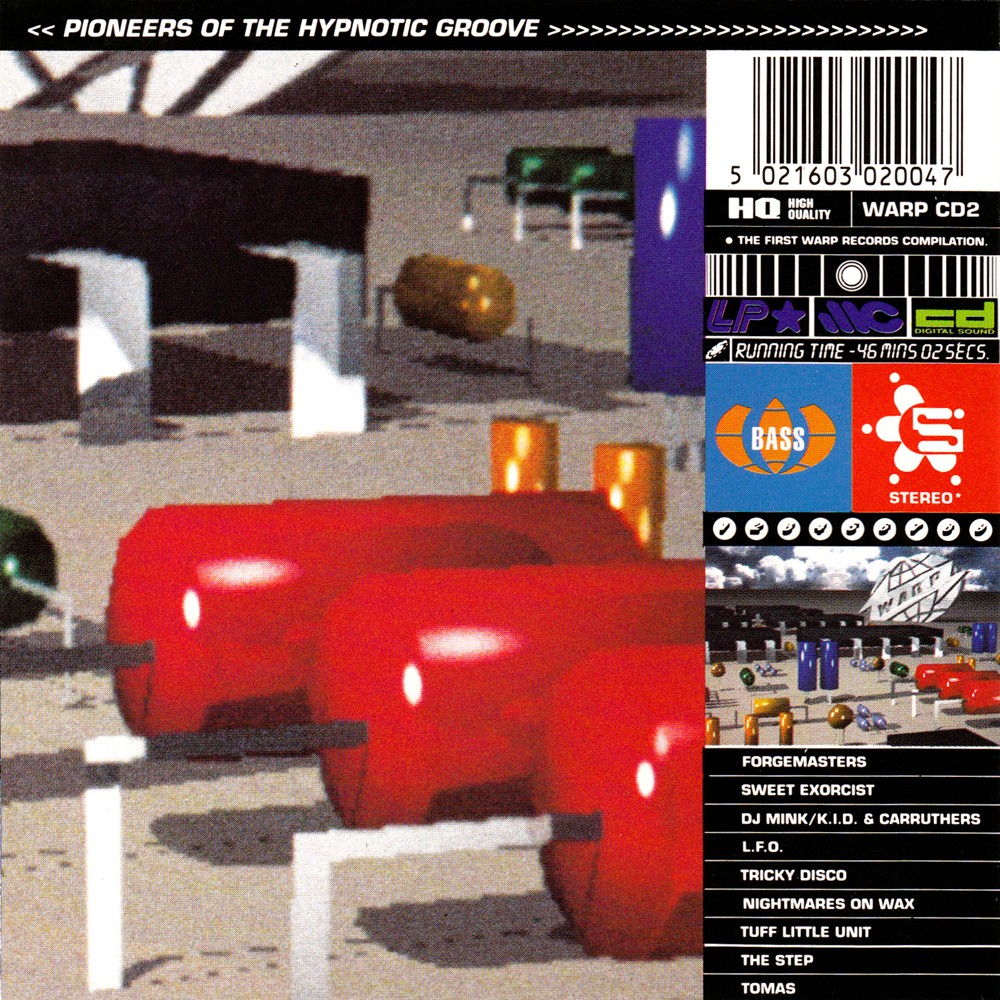 Pioneers of the Hypnotic Groove

Warp are a record label.

In 1986, they started commissioning cover artwork from The Designers Republic.[2][3] They set up a shop, also called FON Records, and a rehearsal studio, FON Studios. When Chakk split up, their bassist Mark Brydon, and their tape op Robert Gordon — who by that point had already produced Cabaret Voltaire and The Human League[1] — assumed the role of producers FON Force, repurposing the studio accordingly.[4]

By 1989, Robert Gordon had teamed up with Steve Beckett and Rob Mitchell to evolve FON Records — both the label and the shop — into Warp Records, focusing on dance music. The shop featured imported house and techno from Chicago and Detroit, and with the help of the label, showcased the local music played at underound raves in the midlands. (As for Mark Brydon, he eventually teamed up with Róisín Murphy to form Moloko.)

By 1992, they had shifted away from purely dance music, towards electronic listening music. This also involved switching from releasing 12" singles for DJs, to full albums for the general public. Their Artificial Intelligence series of compilations and albums exemplifies this change, showcasing some stellar ambient techno.

Warp are cool. They're still solidly into this thing where if they like something they'll stand by it. Warp has this self belief that I don't reckon most labels actually have.